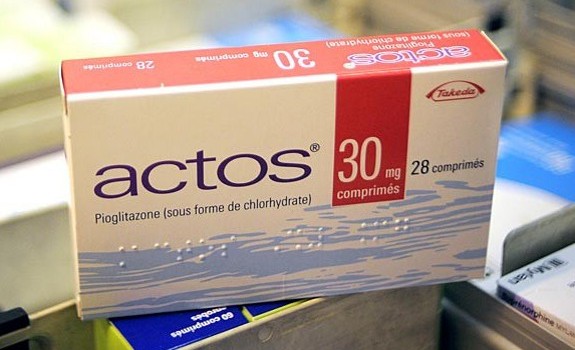 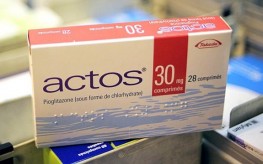 Imagine a large bloated beast called Big Pharma slipping into a stream and suddenly attacked by thousands of piranha lawyers and plaintiffs, a satisfying image that happens to be happening now in the legal world.

It’s not all of Big Pharma, though, but rather two key players, Takeda Pharmaceuticals and Eli Lilly are in that piranha filled stream now over their controversial drug Actos, brand name for pioglitazone, a drug prescribed to reduce diabetes Type 2 blood sugar. The reason? Multiple medical studies have linked the drug to the onset of bladder cancer, a life-threatening issue which led thousands of people to seek compensation for damages caused by the drug.

These two Big Pharma bulls managed to survive three of the earlier piranha attacks, but were finally overwhelmed by a jury’s decision to pay plaintiffs Terrence and Susan Alan $1.475 million in compensatory damages and a whopping $9 billion in punitive damages. Takeda is assessed with $6 billion of the punitive award and Eli Lilly is responsible for $3 billion.

There are over 3,000 suits filed against Actos and pending hearings throughout the nation. And now it’s expected that up to 10,000 individual suits will be eventually filed. This goes without considering a class action suit, though some speculate that an international class action suit my evolve out of the preponderance of individual legal actions being filled against the same defendants for the same reason.

Terrence had been using Actos from 2006, and his bladder cancer diagnosis was given in 2011. That was the year when the FDA ordered black box warnings in exchange for allowing Actos back on the market after it was pulled off momentarily due to mounting adverse reaction reports. Actos is still banned completely in France and Germany.

What about those studies that led to the FDA’s initial approval? Maybe some of those documents were among those that “couldn’t be found” or were “missing” after having been requested by the plaintiffs’ attorneys during pretrial proceedings. Almost 50 employees and two directors were involved in deleting records from company computers.

The federal judge, U.S. District Judge Rebecca Doherty, had decided to allow plaintiff attorneys to expose the defendants’ “Spoliation of Evidence” to jurors and permit the jury to infer the documents were damaging to the companies’ defense.

In January of 2014, Judge Doherty entered this statement into the record: “The breadth of Takeda leadership whose files have been lost, deleted or destroyed is, in and of itself, disturbing.”

One of plaintiff Alan’s attorneys, Paul J. Pennock, commented, “I think that a verdict like this declares just how outrageous the evidence was regarding Lilly’s and Takeda’s behavior.”

Alan’s case was picked out of a cluster of around 3,000 Actos cases pending that were amassed in an MDL (multidistrict litigation) arrangement to be heard in the Louisiana federal district court. The purpose of MDL is to include pretrial hearings on similar cases simultaneously to avoid dragging out the hearings further and resolving different judges’ pretrial decisions.

The plaintiff strategy is to allow one major case to determine the outcome of others in the defendants’ mind and perhaps force settlements on the others in the MDL. But there are a few hundred other suits pending that weren’t included in this MDL.