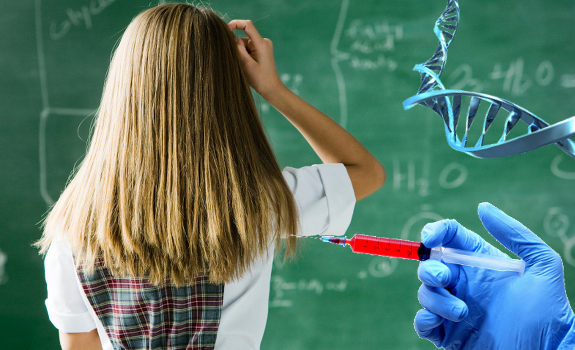 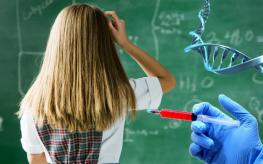 Merck can say that Gardasil contains ‘no viral DNA’ all they want, but Dr. Sin Hang Lee had reported to the FDA just over two years ago that the vaccine contains fragments of DNA that shouldn’t be in something we give young women – so why is Gardasil still on the market?

Even though SaneVax Inc reported their findings to the FDA, the controversial vaccine used to treat cervical cancer is still being sold, and the FDA states that ‘these fragments pose no health risk.’ Once again, the FDA has ignored science which proves that a drug created by a big pharmaceutical company is less than safe.

Dr. Lee also found that the HPV DNA fragments were not only bound to Merck’s proprietary aluminum adjuvant, but they had also adopted a non-B conformation, thereby creating a novel (new) chemical compound of unknown toxicity.

Furthermore, Non-B DNA conformations are known through Dr. Lee’s research to be associated with genetic abnormalities, as well as mutations which cause 70 serious diseases in human beings. Among them:

The FDA clearly should have investigated these claims by now, and at last put a temporary moratorium on Gardasil. But instead, the organization ignores the obvious possibility that Gardasil, as many have suspected, cause infertility problems and possibly even forms of cancer -the very disease that Gardasil is supposed to protect women against.

Instead of researching the possibility that the HPV vaccine was harming women, government officials and HPV vaccine supporters have been eager to discredit Dr. Lee’s research.

Fortunately, some industrious and intelligent people have come to Dr. Lee’s aid. Helen Petousis-Harris PhD, the Director of Immunisation Research and Vaccinology Immunisation Advisory Centre at The University of Auckland, gave a a public hearing on HPV vaccine safety in February 2014, in which she outlined the tactics of these agencies (through her own criticism) to discredit scientists that offer opposing facts to the Big Pharma propaganda line.

But, both of these ‘concerns’ were put to rest via data presented by Laurent Bélec at the 9th International Congress on Autoimmunity on March 26-30, 2014 in Nice, France. They published their findings in a paper titled, “Confirmation of the Creation of a Novel Molecule in Gardasil.”

Not only has another independent laboratory confirmed the findings of Dr. Lee in every Gardasil sample tested from France, this lab used a different and less ‘sensitive’ methodology to arrive at the same conclusion regarding Gardasil recombinant (genetically engineered) HPV DNA fragment contamination.

Dr. Lee and Prof. Bélec and the SaneVax team indicate the need for further investigation for vaccine safety. Without even this minimum standard for vaccines, why should we trust the makers of the drugs or the agencies which allow for their distribution at all?