Study: Are the Emotional Scars from School Gym Class Affecting You Today?

Fortunately, gym classes have improved over the years

Did seeing gym class coming up on your schedule fill you with dread and loathing? The reason I ask is, a new study suggests that your past experiences with physical education may influence your feelings about exercise today, and whether or not you’re physically active. [1] 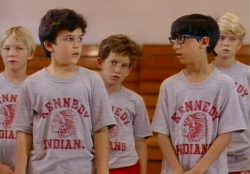 About 2/3 of the Western world rarely gets off its butt to exercise. A lot of that might have to do with people’s views on exercise. If you saw gym class as a fun experience, you’re more likely to be physically active today. If gym class was akin to torture for you, then there’s at least a slight chance that a sedentary lifestyle will win out over a fit one for you.

A team of researchers at Iowa State University set out to understand more about how people’s views on exercise develop.

To find out, they created a specialized and expansive online questionnaire that asked people to reflect on and rate their memories of gym class and how they felt about exercise now, using a numerical scale.

Participants were also asked about their exercise habits today and how much time they spent sitting versus being active, especially on weekends.

They were asked to describe their single best or worst memory of gym class and document their experience in as much detail as they chose.

Related Read: Finland – This is How Much Exercise Kids Need

More than 1,000 adults between the ages of 18 and 40 responded to the questionnaire.

Gym Class Was One Hell of an Emotional Experience for Many

A lot of people had “vivid and emotionally charged” memories of their PE experiences, the authors wrote in the Translational Journal of the American College of Sports Medicine.

Most of the associations revolved around negative experiences in gym class. The scientists found that rarely being chosen for sports teams “strongly related to the amount of time spent sitting on weekdays and on the weekend in adulthood.” [2]

Though the association between bad memories of PE and physical activity in adulthood was “modest at best,” there was no denying that people’s memories of gym class “had some degree of influence on their self-perception and … the degree of their sedentariness,” according to senior author Panteleimon Ekkekakis.

As for why people disliked gym class, many said they were chosen late or not at all for sports teams or felt embarrassed about being unathletic.

A fairly large number of people said they weren’t too thrilled about having to change their clothes in front of other students, while others had to cope with bullying from classmates and sometimes even gym teachers.

They also dreaded the fitness tests that are common in gym classes.

(Not being able to climb the rope or do push-ups in front of your peers will do that to you, I guess. At least, that’s what I’ve heard…)

For some people, gym class sucked so much that the idea of going for a run or shooting hoops at the neighborhood park made them anxious.

“Memories of enjoyment of PE … were the most substantial correlates of present-day attitudes and intentions for physical activity.”

Though Not Everyone Hated It

On the flip side of the coin, those who generally enjoyed gym were more likely to say that they found exercise enjoyable now and that they were physically active on weekends.

Those who said they enjoyed gym said they did so because they received positive recognition from teachers or peers regarding their performance in class. [2]

“It was a bit surprising just how strong people’s memories were. For some of them, the classes were 2 or 3 decades in the past, but they had not forgotten.”

You never forget breaking your arm while trying to do a cartwheel in the 5th grade. Again, so I’m told.

Of course, if you didn’t like gym class, that doesn’t mean you’re destined to be inactive and hate any physical movement.

This is what Ekkekakis said about that modest link between negative experiences in PE and a displeasure with exercise in later life:

“We’re not saying the experiences are deterministic and that 1 negative experience is going to determine a person’s physical activity level for the rest of their life.” 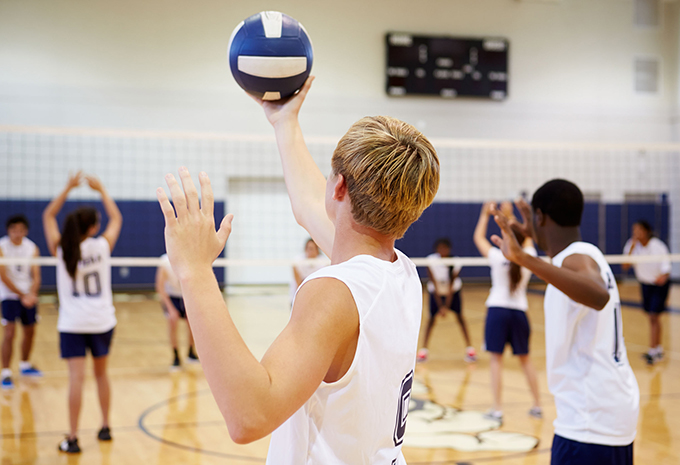 PE Class Today is Less Embarrassing for Some

If the last time you had a PE class was 20 or 30 years ago, chances are things have changed just a bit.

Carolyn Buenaflor, associate director of Cedars Sinai Healthy Habits, a community benefit program that partners with school districts within Los Angeles to provide nutrition education and physical activity programs, who was not involved in the study, said that gym classes incorporate fewer elimination games now than they used to.

Also, PE classes play more group games than sports games where the athletically-talented students and the kids who would rather be in the nurse’s office stuck out like sore thumbs, though not in those exact words.

“Getting in front of the class and kicking the ball is not the best thing to foster enjoyment and physical exercise.”

“If improvements in PE experiences could inspire even small increases in (physical activity), millions could derive additional health benefits.”

They concluded that it seems clear:

“…that decades-old arguments concerning the focus on sport in PE programs and … fitness testing should be revisited. (With further research) it may be possible to transform PE into a professional field that closely adheres to the (evidence and) … that welcomes psychological best practices for the benefit of children and public health.”

After all, the kid who can’t do push-ups in gym class isn’t working on it at home, so what’s the point of the fitness tests?