Gut Flora Accounts for up to 80% of Immunity, Not Vaccinations 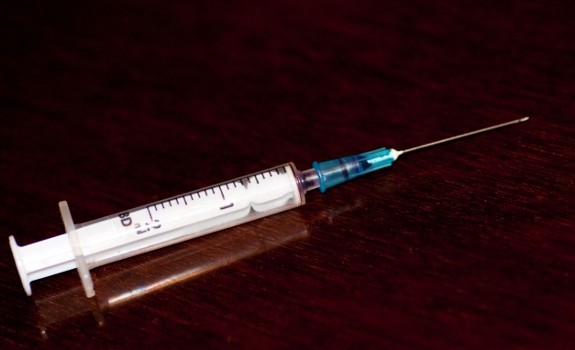 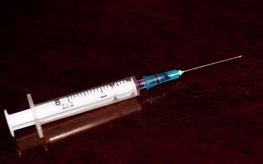 There are multiple factors to consider when discussing sickness and immunity, from lack of exercise, to a poor diet, to ingesting thousands of toxins. We also have come to believe that vaccines are the reason we don’t get sick. But there is one single factor most people don’t consider that can make or break our immunity – the makeup of bacteria in our bodies.

Vaccine Advocate Says Children Can Receive 10,000 Vaccines at Once

It’s important for parents to at least consider the potential dangers and lack of necessity of vaccinations. Now some pediatricians are withholding treatment for children whose parents’ have rejected all or some vaccinations – this simply isn’t right. But it’s important not to cave in to those pressures, and continue researching vaccines from multiple sources.

Dr. Paul Offit once publicly remarked that children can safely receive 100,000 vaccines at once. He later changed that to 10,000. Unfortunately, this leading pediatrician who holds influential University and Clinical positions has media clout and has been interviewed often.

He has written publications refuting vaccination dangers and condemning those who refuse vaccinations for their children, even to the point of encouraging pediatricians to not provide care for children not vaccinated.

Of course, Offit has made sure Merck’s Rotavirus vaccine Rotateq® is included as part of early childhood vaccine schedules. Merck awarded Offit a grant of $350,000 to help develop the vaccine, and he has partial patent rights as well, which have recently been sold for a one time healthy profit of $180 million. This undoubtedly is not the only conflict of interest.

Offit has made these outrageous claims of the vaccination capacity of infants, while assuring their immune systems are able to handle quite a bit in their newly inhabited world. Though passed on by mainstream media without question, his statements are totally false.

But his authoritative bluster does intimidate or confuse the public while boosting his vaccine industry revenue.

Gut Flora Accounts for up to 80% of our Immunity – More Probiotics, Less Antibiotics

At a vaccine seminar, Dr. Michael Geta was part of a four member panel answering questions from the audience. One audience member asked why infants are getting vaccinated before the age of one when their immune systems aren’t developed enough for vaccine immune responses.

The person on the panel to whom it was addressed, a PhD vaccine advocate, surprised Geta when she told the questionnaire his understanding was accurate. She explained that early scheduling was a training exercise to start parents vaccinating sooner since they might forget after the child reached one year.

The PhD, whose name was withheld by her request, went on to explain how a county nurse had asked her to encourage parents to get their kids vaccinated after one year of age because the ones they got before then were worthless. The Ph.D responded to that nurse with “Yeah, I know.” The audio clip is here.

‘Infants in their first year mostly depend on generalized, non-specific immunity, including (hopefully) immunoglobulins from breast milk, to protect their young bodies from infection. They do not produce antibodies of their own until about age one.’

Dr. Natasha Campbell-McBride, author of Gut and Psychology Syndrome Book (GAPS book) and creator of the GAPS diet goes further. She is a UK pediatrician who successfully treats autistic and other mentally and physically dysfunctional children by nutritionally restoring gut flora. She learned how by treating her own son’s autism.

She agrees that mother’s breast milk is crucial. But not all mothers breast feed, and many who do may have other problems that hamper the milk’s protection. According to Dr. McBride, the problems begin with the mother’s intestinal flora.

The mother passes on her gut flora to her newborn. So the mother’s gut flora strength and balance is critical. Most mothers who were not breast fed initially and grew up on standard American diets (SAD) while receiving vaccinations and antibiotics have compromised gut flora.

Adequate probiotic and balanced gut flora accounts for up to 80% of our immunity. As part of parental planning, it makes sense to maintain a good diet, take in probiotic foods and/or supplements, avoid antibiotics and vaccinations, then breast feed the child for at least a year. Interestingly, a recent report says that breastfeeding could save 830,000 lives each year.

Vaccinations and antibiotics given to newborns and older children only puts them at risk for debilitating long term neurological reactions, among other issues. If they escape without the obvious immediate adverse reactions, their long term immunity is often heavily impaired.

20 responses to “Gut Flora Accounts for up to 80% of Immunity, Not Vaccinations”