Good News: Fewer U.S. Adults Smoke than Ever Before

But vaping is on the rise among teens

There was a time in America when smoking was considered cool and chic, but those days are long gone. Now, most people understand the deadly effects of smoking, with fresh estimates from the U.S. Center for Disease Control’s (CDC) National Center for Health Statistics (NCHS) showing that fewer U.S. adults smoke than ever before. [1] 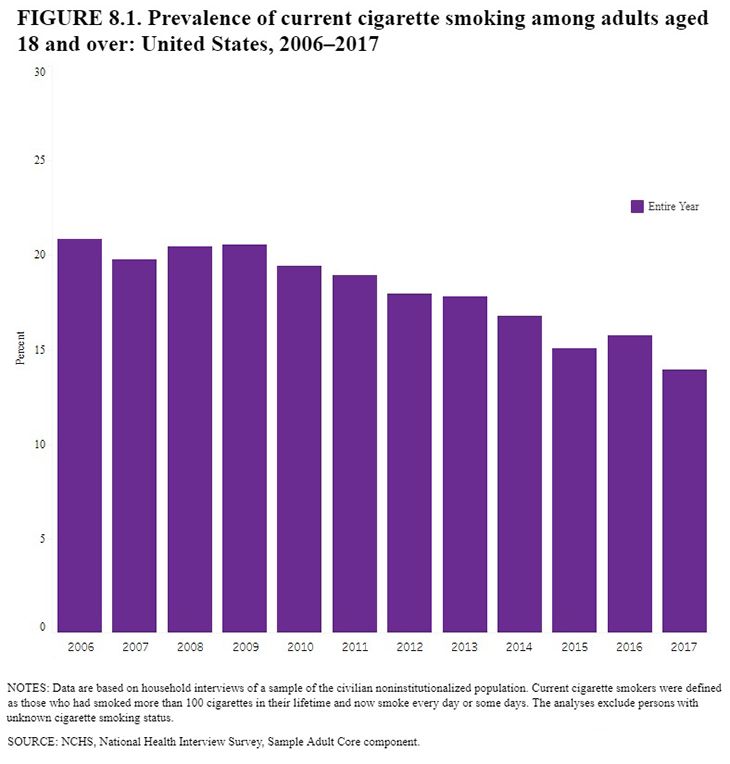 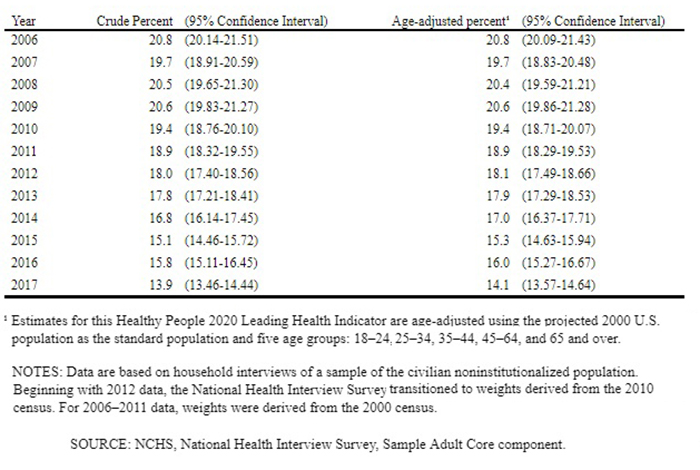 About 14% of American adults considered themselves smokers in 2017, according to the NCHS. That’s still a fairly high percentage – it means that more than 30 million adults still puff on cigarettes – but it’s down from 16% in 2016 and approximately 20% in 2006.

Fifty years ago, the U.S. smoking rate was more than 40%, by some estimates.

Here are some stats according to responses given to the NCHS’ National Health Interview Survey, which surveyed about 27,000 adults:

But there was a downside to the survey. While cigarette smoking may be decreasing, e-cigarettes are increasing in popularity, particularly among young people.

The health effects of vaping are still murky, but some studies suggest that vaping may promote cigarette smoking and other forms of tobacco use among youth. In response, the U.S. Food and Drug Administration (FDA) has started cracking down on the sale and marketing of e-cigarette products to kids.