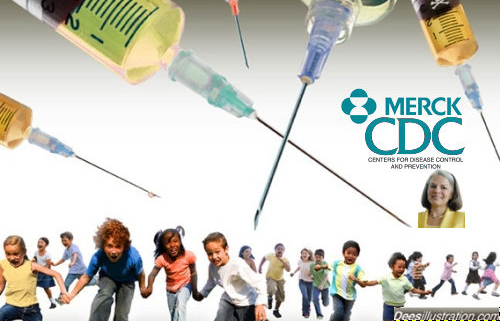 Gardasil is the vaccine created by Merck & Co. to stop human papillomavirus (HPV) in young women and men. Unfortunately, to say the vaccine is controversial would be a gross understatement – even a lead developer of the vaccine points out its undeniable dangers and how even how the vaccine is of little use. One recent case study published in the British Medical Journal found that the Gardasil vaccine destroyed the ovaries in a young girl of 16 years, ruining any future hope of her having children.

Two ingredients in particular are suspected of wreaking havoc on the female reproductive system, potentially damaging the ovaries and reproductive organs in ways that could prevent the young vaccine-recipients from ever having children.

One of those ingredients, polysorbate-80, is an emulsifying preservative, according to Natural News, and is commonly used in processed foods. Injected into the body, however, it’s been shown to accelerate sexual maturation in women and also to reduce the weight and function of the uterus and ovaries.

The other ingredient, L-histidine, also a food additive, is a natural amino acid. But, when injected into muscle tissue it can allegedly cause an autoimmune response, leading to serious side effects.

One of the most recent stories detailing evidence of Gardasil’s potential harm comes to us from Australia. Published in the British Medical Journal, this case study involves a 16-year old girl who received the Gardasil vaccine. Soon after, and with prior normal menstruation and overall health, the girl went into menopause, destroying any future hope of having children.

Following the incident, the Therapeutic Goods Administration (TGA)—Australia’s equivalent of the FDA—found that Merck failed to ever test the vaccine on potential negative effects to women’s ovaries. While they had tested the vaccine on the testes of male rats, they either forgot or completely neglected to test it on ovaries.

Girls as young as 9-years old are being encouraged to receive the HPV vaccine, despite the known-dangers and those that are yet unknown. One of the key developers of the vaccine herself has spoken out against it, though she later retracted her inflammatory statements.

Dr. Diane Harper began voicing her concerns in 2009, saying the vaccine did more potential damage than the HPV it was designed to prevent.

Gardasil has spent several years in the limelight as Big Pharma and its team of salespeople (your pediatricians and general physicians) has worked tirelessly to ensure all young people—particularly girls—are injected with it despite a lack of safety testing and evidence to its dangers. Drug companies like Merck & Co. would have you believe their interest lies in keeping people healthy. But make no mistake about it, their only interest is in improving their bottom line—at any cost.