Why you should back off of your overweight loved one

If you think harping on someone about their weight will convince them to drop some pounds, you couldn’t be more wrong. Not only does it not work, but it may also raise their risk for heart disease and other health problems.

As someone who has battled the bulge, it seems ridiculous to me that anyone would even think that shaming an obese person would have any positive effect. And as someone who has counseled people in 12-step recovery, I can tell you that pressuring someone or making fun of someone with a weight problem – which is often a sign of an eating problem – only makes things worse.

If someone is burying their problems in food, harping on it only makes them withdraw even more into food.

To me, it’s obvious. But plenty of people – too many people – think fat-shaming is effective.

Researchers at the University of Pennsylvania’s Perelman School of Medicine in Philadelphia found that overweight women who believe negative messages about their bodies – called “weight-bias internalization” – had higher rates of metabolic syndrome, a combination of health problems that increase the risk for heart disease and diabetes.

Dr. Rebecca Puhl, deputy director for the Rudd Center for Food Policy & Obesity said that the increased risk shows that weight stigma and fat-shaming “go much deeper than the inappropriate remarks or hurt feelings.” [1]

Overweight and obese people are often viewed as lazy, unattractive, incompetent, and lacking willpower. That doesn’t give heavy people a sense of motivation and confidence; it leaves them feeling hopeless and stigmatized. Depressed, really. And we know that depression can make you physically sick.

Published in the journal Obesity, the study suggests that it’s not just the stigmatizing, but also the level of a person’s reaction to fat-shaming, that can cause health woes. 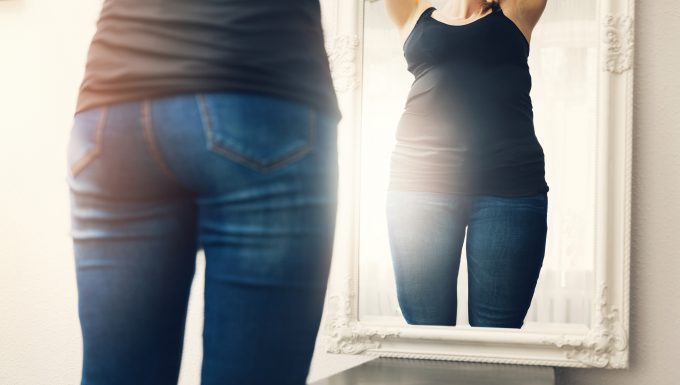 Researchers asked 159 adults how much they devalued and blamed themselves when they were stigmatized for their weight. The team also looked at how often metabolic syndrome was diagnosed among the participants.

People with the highest levels of internalizing devaluation and self-blame – in other words, they really took those nasty words and stereotypes to heart – had 3 times the risk of metabolic syndrome, compared with the lowest-level group.

The study lends support to earlier research, said Dr. Scott Kahan, director of the National Center for Weight and Wellness in Washington, D.C. He said:

For example, studies have shown that being fat-shamed can cause increased inflammation and stress-hormone levels in the body. People who dislike themselves also have a harder time exercising and eating healthy. [2]

All of that “poking fun” at obese people has also been linked to binge eating, as I mentioned, and premature death.

“There is a misconception that sometimes a little bit of stigma is necessary to motivate people to lose weight. But time and time again, research shows that this is just not the case.” [2]

So, what does all of this mean? Firstly, that you have to love yourself before you can make positive changes for your health. And secondly, it’s not OK to shame overweight people. And if you’re one of the people being stigmatized for your weight, the problem lies with the person stigmatizing you – not you!

“People with obesity are portrayed in negative ways in the media; there’s bullying at school and on social networks; people even feel judged by family members or in health-care settings.

Rather than blaming and shaming people and being dismissive of their struggle, we need to work collaboratively to set goals to improve health behaviors.” [2] 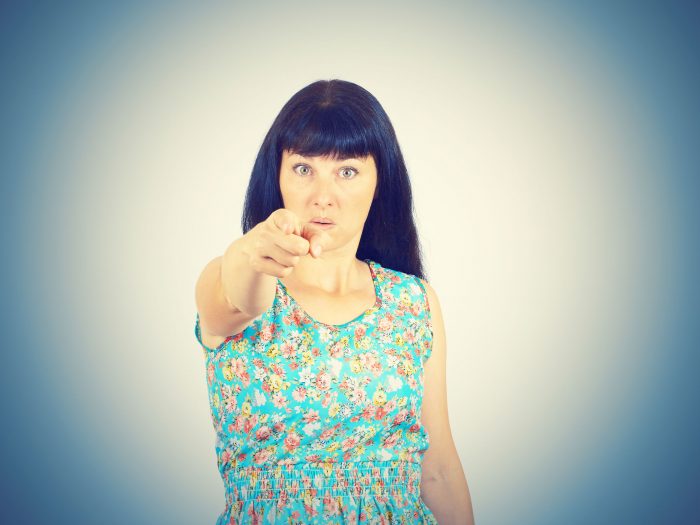 You Should Still Try to Make Improvements for Your Health

Now, none of this is to say that if you’re overweight or obese, you should stay that way just because you have a positive self-image. Excess weight isn’t healthy. Even if you don’t have health problems now, chances are if you don’t lose weight, you’ll develop them in the future.

If you struggle with your weight and struggle with how you feel about yourself, set small, attainable goals to help you shed the pounds. Give yourself reasons to pat yourself on the back and tangible successes to encourage you along the way.