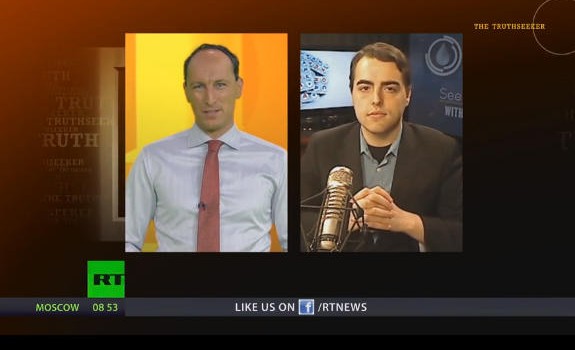 The average phone per person ratio inside of the United States is around 1.57, meaning that there are more cellphones in the nation than there are people — and the numbers are climbing. In the past, we have seen a number of alarming studies regarding the effects of cellphone radiation after it has permeated the human skull for hours on end. One study even found around a 290% increase in brain tumor risk through the use of a cellphone on the side in which it was used.

In rebuttal, telecom industries helped to prop up the opposition, stating that there was no increase in brain tumors after cellphone use. But what about overall brain changes? Or how about the environmental impact of mass cellphone use? We’ve seen research showing behavioral changes in children when their pregnant mothers are consistently using their cellphone, and we’ve even seen cell towers damaging wildlife through electromagnetic radiation in India.

I recently joined the international television network RT, which has an impressive reach of 53 million homes worldwide, to discuss the reality that mega cellphone providers are fully aware of the risks their inventions are presenting to the public. I also issued a prediction that we will begin to see a number of lawsuits come about regarding the damage from cellphone use, and telecom companies know this as they have already issued legal safeguards in their own safety manuals for the phone.

Just look at the Apple warning for the iPhone, which clearly states to never even use your phone near your head or even carry it in your pocket:

“For optimal mobile device performance and to be sure that human exposer to RF energy does not exceed the FCC, IC, and European Union guidelines, always follow these instructions and precautions: When on a call using the built-in audio receiver in iPhone, hold iPhone with the dock connector pointed down toward your shoulder to increase separation from the antenna. When using iPhone near your body for voice calls or for wireless data transmission over a cellular network, keep iPhone at least 15 mm (5/8 inch) away from the body, and only use carrying cases , belt clips, or holders that do not have metal parts and that maintain at least 15 mm (5/8″) separation between iPhone and the body.”

These companies put these ‘warnings’ in their safety guidelines booklets because they are fully aware that lawsuits will come from cellphone users developing serious conditions. Ultimately, it will be these ‘warnings’ and instructions that also help to keep them bulletproof from any responsibility. The reality is that we do not even fully know what the mass use of cellphones will truly result in.