Why Ebola is More than a Disease ‘Spread by Bodily Fluids’ 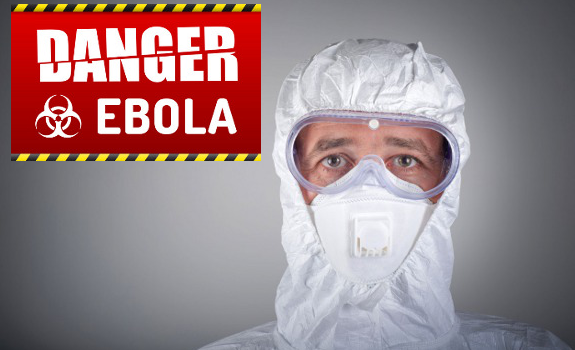 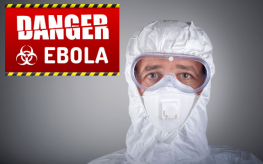 I hope that the 3000 soldiers being sent to West Africa have gas masks and hazmat suits when they go to ‘degrade and destroy’ the Ebola epidemic striking the area. We’ve been told by health officials here in the U.S. that Ebola is only a nosocomial virus, which means it can be stopped with proper infection-controlling procedures such as avoiding direct contact with infected bodily fluids. But Ebola can spread more easily than that. In fact, the virus has the potential to spread via airborne particles, at least according to several experts on the topic.

There have now been at least two confirmed cases of Ebola spreading to Nigeria and Senegal. Within Liberia, Sierra Leone, and Guinea, transmission of Ebola has gone far beyond the nosocomial transmission standard. There is little evidence of spread inside health facilities and hospitals, in fact, except to the doctors and nurses themselves.

In West Africa, the virus spreads easily into homes, businesses, schools, funerals, markets – wherever people congregate – and some experts think it is being transmitted by more than just saliva, vomit, etc.

Michael Osterholm of the University of Minnesota recently suggested in The New York Times that Ebola likely mutates to become an airborne contagion. He warned:

“This is about humanitarianism and self-interest. If we wait for vaccines and new drugs to arrive to end the Ebola epidemic, instead of taking major action now, we risk the disease’s reaching from West Africa to our own backyards.”

Actually, Ebola can be spread through contaminated surfaces, as well as through the air via tiny airborne particles called aerosols. This is hugely important to realize. The Ebola virus can survive for minute or even hours after transferring to a surface from an infected individual. If another person touches that surface while the virus is present and active, they may contract that virus if they later touch their own eyes, nose mouth, etc.


President Obama even warned that Ebola could mutate, and whether this was premeditated because our government along with military contractors knew the virus was coming, or it is just what has come to be, during a Sept. 7 appearance on Meet the Press, he warned that a mutated Ebola could threaten America.

For example, we now know that Monsanto has given Tekmira, which has just been given an ‘emergency approval’ for Ebola drugs, over $1.5 million in a ‘milestone payment’ to invest in the pharmaceutical companies’ Ebola treatment. With the level of sanctimonious evil this company has displayed, you have to wonder why they are investing in ‘saving lives.’

It is now obvious that Monsanto’s favorite GMO dumping ground – Africa – and the people of Liberia, Sierra Leone, and Guinea are in the grips of a full plague, reaching 14th-century levels of carnage. Could it be planned? Some think so.

The virus can supposedly mutate and has already over 300 times, according to a recent paper in Science.

Some are saying that this disease was created to spread as easily as possible, and an airborne virus is a great way to do that. History does in fact tell us that biological warfare has been practiced for thousands of years; what would stop certain powers from using it now?