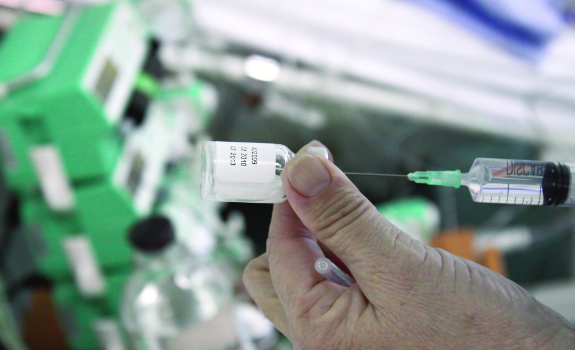 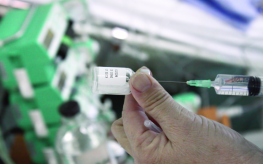 If you are on the fence about whether to get the HPV vaccine that has been created by Merck & Co., known as Gardasil, you may want to think once more before subjecting your body to Big Pharma. For some, the situation is not just questionable, but absolutely horrid. Making things even worse, the device being used to determine whether or not you should get a questionable HPV vaccine may be defective, so how can we truly trust that the ‘diagnosis’ is a good one?

In an article originally published on Mesh Medical Device News Desk, lab technician and a Cytotechnologist Mark KrauseKrause who screens pap smears – a screening test for cervical cancer – describes what he calls an epidemic of fraud. He explains that what traditionally were called pap smears and no longer a ‘smear’ but a mono-layered preparation.

Cellular material collected from a woman is dropped into a vial containing an alcohol solution. All mucous and blood or other debris are dissolved and removed. This sample is then deposited on a single slide. Many lab techs, Krause explains, like this because it is easier to read; however, the way the pap smear was changed was largely due to higher profitability.

This single layer pap has nefarious underpinning. It is supposedly much more accurate than the conventional pap smear, with one corporation claiming it improved results by up to 230%. Krause mentions 2 studies that found no difference in the readability or accuracy of the ‘new’ pap smear. An Australian study found only a 12% difference. Krause believes the improvement might be only 5-10% at his lab. The problem is credibility with the major manufacturer of the ‘new’ pap smear. Even the 12% increase found by the Australian study is no where near the possible 230% claimed by the pap test’s makers.

Krause feels that the new test may have been designed to get FDA approval on a new computerized microscope, but this also makes the test much more expensive. His concern is that the new test is finding ‘positives’ more often than naught, and that the medical equipment is not being tested properly as the FDA has a history of allowing sub-par devices to past the sniff test.

“Alleged FDA impropriety and incompetence may have allowed harmful medical devices to be marketed. A whistleblower lawsuit claims FDA scientists warned that the agency approved colonoscopy and mammography instrumentation that delivered dangerous  radiation doses. Those scientists were spied upon and fired.  In their book, The Battle Over Health Care, authors Gibson and Singh point out that of the high-risk medical devices recalled by the FDA, 75 % were never evaluated.

Some 20 % of cardiac defibrillators were recalled and hundreds died due to malfunctions. Many cytotechs suspect that the computerized microscope was rubber stamp approved because of some combination of corporate financial hooliganism and FDA absentmindedness. . . Its use [the microscope) constitutes a cavalier disregard for basic bio-medical ethical standards that is totally cynical and leaves much to be said for the quality of the character of involved corporate elites, their sales representatives and laboratory managers alike.”

One response to “Cytotechnologist Calls Test for HPV Vaccine Fraud”