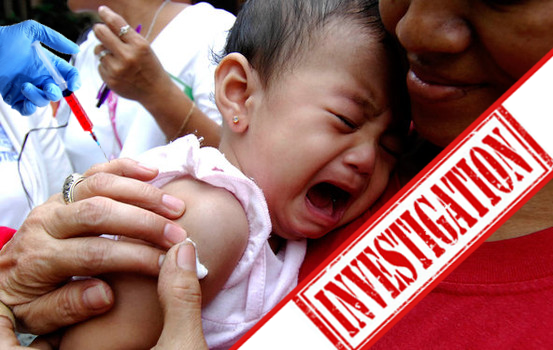 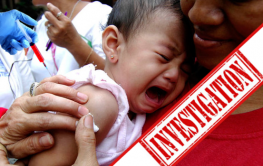 In light of Ebola epidemics, Monsanto scandals, and the other reprehensible actions of a corrupt government, I’d like to point out another glaring blight being perpetuated on the world. I do so not to add doom to the already cosmically abhorrent actions of the ‘leaders’ of today, but so that people can look at the pieces of the puzzle and fit them together using their own discernment.

In case you don’t know, U.S. and UK taxpayer money is being filtered through ‘foreign aid’ to support an insidious network of ‘camps’ to sterilize women in India in the name of ‘population control.’ The Indian Supreme Court is currently looking more closely into the matter.

“The British government gave $268 million to the government of India for a program that forcibly sterilizes poor women and men, according to the Guardian newspaper. This news comes as the Bill & Melinda Gates Foundation prepares to co-host a family planning summit with the British government in London this July.”

When questioned about the supposed links between contraception campaigns and population control, Melinda Gates dismissed the correlation, saying that there ‘is no controversy,’ even though the campaigns have included questionable HPV vaccinations on tribal women and children in India (which Bill Gates is now being sued for), forced abortions, and other questionable forms of contraception.

When you add to this milieu the known reproductive issues caused by GMOs (lowered sperm counts, altered ovaries, uterine changes) – which Gates supports through the ownership of more than 500,000 shares of Monsanto stock – you have to question the whole ‘family planning’ bit altogether.

Authorities have been found to coerce unsuspecting families at these ‘camps’ in India by threatening to withhold food or other essentials if they do not go through with sterilization procedures. Others are bribed using Western tax monies, or consent to the procedures without being told of the true risks involved.

“The consequences, meanwhile, have included numerous bleeding deaths from botched operations, miscarriages, infections, and long-term health problems for the victims, according to reports from around India. Generally poverty-stricken and under-educated people — who often hail from lower “castes” and do not even have a chance to object — are targeted for the barbaric treatment.”

This appalling attitude is consistent among eugenicists, however. They see humans who are not ‘chosen’ or from ‘elite families’ as disposable. In Nazi Germany, the children born to Nazi fathers were called Lebensborn, the brainchild of one of Hitler’s henchmen, Heinrich Himmler. Modern eugenicists only carry out this same philosophy.

“I tell you they treat them not as human beings, but as cattle or goats,” Human Rights Law Network activist Devika Biswas told the National Catholic Register after filing a petition about the matter with the nation’s Supreme Court. “They just cut and take out veins. They were bleeding profusely. It is butchery.”

The Indian Supreme Court is now hearing about the filthy camps and their practices of coercive sterilization. Some people were bribed with less than $8 US and a sari, others were threatened with their ration cards in places where a single meal is a King’s ransom for the extreme indigent.

One region targeted by the UK government is being investigated for the botched operation of a woman who was pregnant with twins – a poor laborer – who bled to death.

This is not a new practice, though. Sterilization has been the most common method of family planning used by India’s Reproductive and Child Health Program Phase II, begun in 2005 with UK funding, and supported through foreign aid by the U.S. primarily, as well as other countries.

If Gates has his way, he can keep vaccinating Indian and African children with Polio – not protecting them from polio, but giving it to them.

If that goes well, he can focus on the U.S., and fund pandemics which we will all be forced to get nationalized vaccinations for. (PATH, supported by Bill and Melinda Gates’ Foundation, is always looking for new ways to launch vaccine programs – especially to treat pandemics, even though the press release saying so has been pulled from the web.)

Gates has also given tens of millions of dollars to the largest abortion providers in the world, including International Planned Parenthood Federation and Marie Stopes International. These large sums of money will undoubtedly expand the reach and influence of the abortion industry.

Gates has helped carry on the legacy of his father through the Gates’ family trust for his entire life.

The first of the directives of the Georgia Guidestones, thought to be a ‘ten commandments’ capstone for the elite, states:

Whatever this site was built for, they certainly aren’t in perpetual balance with nature. If this commandment was followed, 9/10s of the planet would have to be killed off. Funny how these plans – vaccines, chemtrails, GMOs, herbicidal spraying, pandemics, forced sterilizations – all seem to be working. Though the other ‘commandments’ seem sound on their own.

We still have a chance to be stewards of this planet and ourselves. Vote with your dollar, be vocal, and don’t vote for the known congressional criminals. Eat organic. Demand GMO labeling, or bans. Help your neighbors. Protect your right to procreate if you so desire. If we all stand together we outnumber the enemies – in a BIG way.