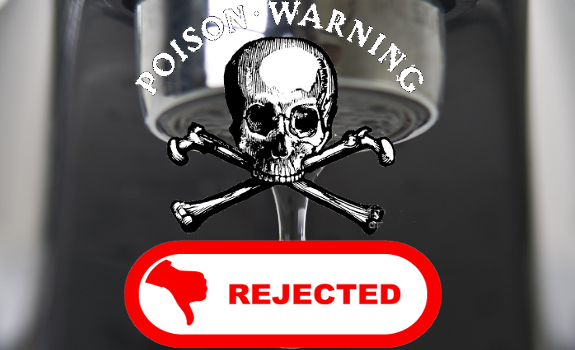 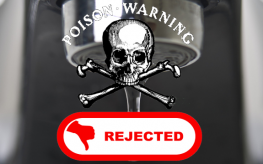 About 60,000 households in Hernando County, Florida were debating on spending $800,000 in tax-payer money to poison themselves with fluoride a few months ago. According to Susan Goebel-Canning, the county’s director of environmental services, this is what it would cost to put the leftovers from the phosphate fertilizer and semiconductor industries into everyone’s water. Thankfully, 3 county commissioners of Hernando have indeed decided not to fluoridate the water supplies, similar to Dallas, TX, which is considering ending 5 long decades of city water fluoridation.

It boils down to spending $30,000 per treatment plant and multiplying that by 27 – the number of plants the county would need to treat all its water. People on a well system would be unaffected, but 60,000 people in the county would be drinking fluoridated water – which has been proven to be toxic, and extremely harmful to human health.

Even the American Medical Association once told the truth about fluoride:

“Fluorides are general protoplasmic poisons, probably because of their capacity to modify the metabolism of cells by changing the permeability of the cell membrane and by inhibiting certain enzyme systems.” – Journal of the American Medical Association, Sept 18, 1943, Editorial

Yet, somehow Big Industry has convinced the world, through brainwashing the American Dental Association and health authorities in every nation, as well as lying to politicians, that fluoride is safe:

“As a toxicologist involved in fluoride research for over ten years, I was stunned by the Calgary Regional Health Authority’s glib comments proclaiming water fluoridation safe. The ‘fifty years’ of studies about fluoride safety, do not exist. The “ongoing intensive research on fluorides and fluoridation’, does not exist, certainly none investigating safety.” – Dr. P. Mullenix, Ph.D.

“I am neither for or against fluoride,” Goebel-Canning said. “I will support what is best for the citizens of the county and respect the decision of the county commission.”

Many residents of Florida have been against mandatory water fluoridation, nonetheless a nearby county decided to fluoridate their water when Brooksville City Council members voted 4-1 last year to add the chemical to the water. There was vigorous debate leading up to that vote, but apparently it fell on deaf ears.

One response to “County in Florida Rejects Spending $800,000 to Fluoridate Water Supply”