Chemtrails Cause Harm, Even If You Don’t Believe they Exist 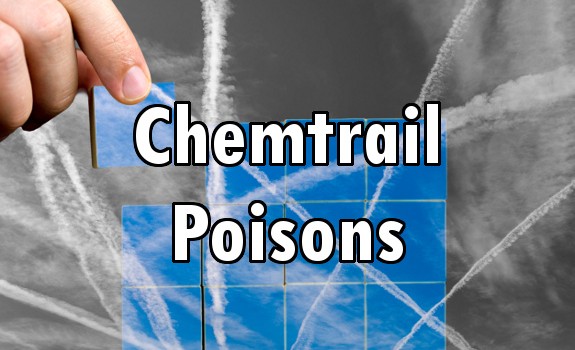 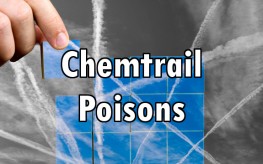 Are you aware of chemtrails? A controversial ‘conspiracy’ topic, chemtrails are chemical sprayings in the air that ultimately expose the population to toxic chemicals and heavy metals. And they are causing harm, even if you don’t think they exist.

A common phrase used for chemtrailing is aerosol spraying. Some claim the aerosol spraying is apart from the engines, and others claim it’s part of jet fuel. It could be both, but however the chemtrail is administered, the liquid used maintains heavy metal particulates as nanoparticles to keep them from clumping together.

When they’re released into the upper atmosphere, the particles retain their nanoparticle size and are easily absorbed as they filter down into the lower atmosphere and into our lungs and vegetation. If you “believe” they don’t exist, then you should take a moment to open your mind and do further research, starting here.

A controversial figure, Dr. Russell Blaylock is a retired neurosurgeon and author who’s very outspoken on vaccine injury and neurotoxins such as MSG and aspartame. He admits that at first he was skeptical about chemtrail reports until he began noticing them himself.

One simply needs to observe the differences among high altitude aircraft between contrails, which are ice particles from jet vapors that evaporate quickly and disappear, and chemtrails., which linger for hours across the sky and fan out forming thin clouds. Chemtrailing aircraft often create visible crossing patterns in the sky.

Dr. Blaylock explains how nanoparticles can enter the brain and spinal cord quickly through the lungs and nostrils, and that nanoparticles are much more inflammatory to tissue than other forms of environmental aluminum.

He sees a connection of chemtrails, beginning from around 1990, and their aluminum deposits to the rise of neurodegenerative diseases, especially among young people. He’s talking about Alzheimer’s, Parkinson’s, and Lou Gehrig’s diseases – not autism spectrum disorders from vaccines, which Dr. Blaylock has also covered extensively.

Dr. Blaylock also expressed concern over the saturation of plant, crop life, and water with aluminum nanoparticles. He thinks chemtrailing must be curbed before it’s too late to minimize the threat of constant aluminum toxicity surrounding us.

Many realize that aluminum causes neurological damage unless our immune systems can quickly react or if we are able to eliminate the aluminum toxins quickly. An aluminum toxicity expert recommends Volvic mineral water as a specific agent to detox aluminum.

According to international reports, barium and cadmium are the most commonly reported chemtrail deposits. And what if our immune systems are suppressed? That may be the barium salts’ purpose in chemtrails. Besides irritating lungs and causing serious heart problems or digestive issues from drinking barium contaminated water, barium can directly diminish the immune system.

Laboratory findings have concluded that barium interferes with our bodies’ activation of T-cells, which are the attack cells against pathogenic microbes. If not directly involved with destroying pathogens, T-cells support other immune functions, including the destruction of cancer cells.

According to the Centers for Disease and Control Prevention, (CDC):

“Ingestion of certain forms of barium (e.g., barium carbonate or barium fluoride) in toxic amounts can lead to gastrointestinal signs and symptoms (e.g., vomiting, abdominal pain, and watery diarrhea). Within 1–4 hours of ingestion, profound hypokalemia and generalized muscle weakness can develop which may progress to paralysis of the limbs and respiratory muscles. Severe hypokalemia induced by barium toxicity can cause ventricular dysrhythmias (1-7).”

This allows other chemtrail heavy metals and biological disease agents found in some chemtrail samples as well as our food, air, and watere to have a field day unless we do everything possible to maintain a strong immune system, including constantly detoxing.

Here are some inexpensive ways to detox barium.

19 responses to “Chemtrails Cause Harm, Even If You Don’t Believe they Exist”