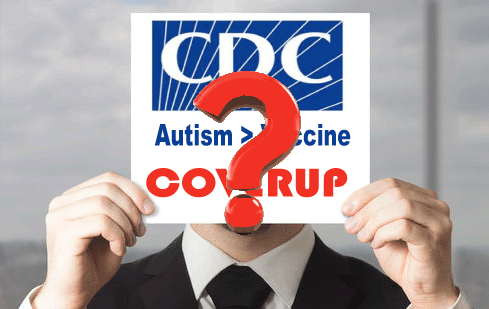 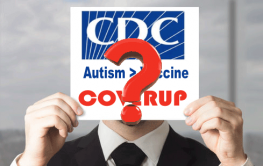 There’s been a lot of news about a hidden CDC insider whistle blower who had hidden his identity until now. The whistle blower felt guilt ridden for being part of withholding CDC documents that contained evidence of MMR vaccinations causing autism. Now, he’s been outed by the Autism Media Channel. That group’s site had disappeared at the time of this writing.

According to investigative journalist Jon Rappoport of nomorefakenews.com, the whistle blower’s name is William W. Thompson, PhD. He was a scientist working for the CDC in its National Center for Immunizations and Respiratory Diseases (NCIRD), which includes the following in its mission statement:  “… prevention of disease, disability, and death through immunization… .”

“In other words, it’s a PR agency that promotes vaccines. Actual science about vaccine dangers would be cut off at the pass. [Now] Thompson is looked at as a threat to this agenda. His unwillingness to come all the way forward, speak his name, tell the whole truth has boomeranged on him,” asserts Rappoport, who also reported from a contact of his that Thompson was escorted out of CDC headquarters.

He was fired, then the autism site that put out his name disappeared. Coincidence? I think not. From their FaceBook site …

A Few Questions That May Never Be Answered

“The [bogus MMR] study was used by the press and the government to trumpet the idea (the lie) that everybody could rest easy; vaccines containing mercury weren’t harming anyone. Now, this, too, comes under scrutiny.”

He posed these questions:

“If Thompson was lying about the MMR vaccine, did he also lie about mercury and its toxic effects? Did he intentionally underplay those effects? Did he cook the data in that study, too?”

Read: How The Rise in Vaccines Led to Increased Autism Rates

Don’t be surprised if sooner rather than later Thompson is dead and the death is ruled a suicide. This has (potentially) happened to whistle blowers in the past. To name only a few: DC Madam Deborah Jeane Palfrey, who had threatened to disclose her little black book’s client content of DC big names; UK weapons expert Dr. David Kelley, who said the claim that Iraq had weapons of mass destruction was not true; and investigative journalist Gary Webb, who was ‘suicided’ in his home.

In case you have doubts about Gary Webb’s widely accepted suicide because “he couldn’t get a big name press job anymore” lie, here’s more on the impossible logistics, shot twice with his .38 revolver in the back of his head “suicide”.

There have been more. Other possibilities for silencing Thompson include committing him to a psychiatric ward and “treating” him with drugs that will make him crazy enough to be an unreliable source, or simply claiming he was a disgruntled employee who had lied.

Unfortunately, most state institution and mainstreamers will accept all the above.