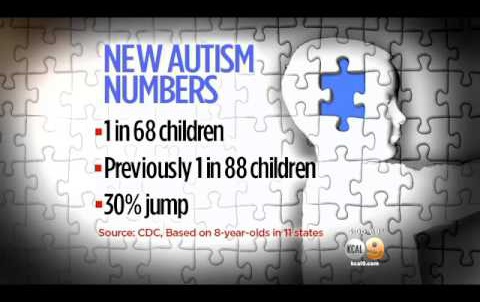 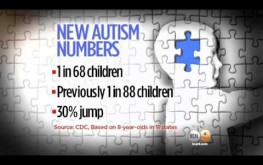 What is to blame for the incredible rise in children with autism in the United States? The Centers for Disease Control recently announced that 1 in 68 children in America has an autism spectrum disorder. Now out of every child born, 1 in 42 boys and 1 in 189 girls will suffer from autism or autism-like symptoms, a rate that has more than doubled since 2002.

The causes of autism are a controversial subject. Some believe that these children are gifted with emotional clarity and insight that those of us have yet to develop, but others see it as an epidemic, which may be the result of a gamut of different factors.

What are the Causes?

Scientists first thought that autism was simply genetic, but environment has been proven to contribute significantly to the disease, not unlike other health issues that are triggered by toxin exposure, diet, and lifestyle choices.

Developing embryos and infants are much more sensitive to environmental toxins and vaccines, for example, than are adults. The hormonal system can be tipped out of balance quite easily in a developing child, and endocrine disruptors such as pesticides, herbicides, bromides, phthalates, and controversial vaccine adjuvants like thimerosal are also likely culprits.

When you add these toxins to radiation exposure, or a poor diet full of toxic food, then a developing child is going to have a hard time expressing the full potential of his DNA – even with ‘good’ genes.  The truth is that our children are being hit from all sides by toxic compounds that our governments have repeatedly ignored, suppressed information on, or even promoted with blind abandon.

Last year, autism advocates practically begged Congress to do more research on the causes of autism due to its incredible rise in frequency, but those arguments seemed to fall on deaf ears. You can see the video here.

Members of Congress criticized the NIH and CDC for lack of research, as well as disclosure on the true safety of vaccines. Parents with children who have developed autism or autism-like symptoms are steadfast in their belief that vaccinations are a large part of the overall problem. However, due to the Freedom of Information Act, documents were uncovered in the UK that told a different story – that the CDC and other government agencies knew that vaccines were dangerous, and gave them a rubber stamp anyway. It’s controversial, but worth looking into.