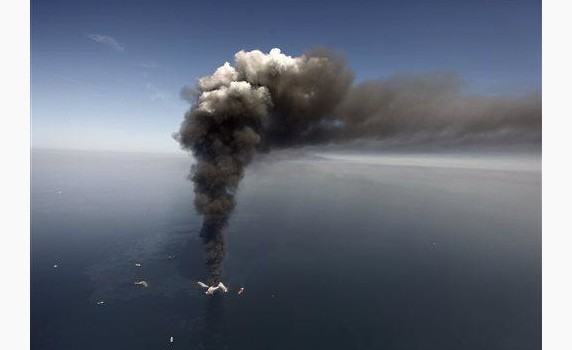 The aftermath of the BP gulf oil 2010 disaster remains to this day in the Gulf and the shorelines of Louisiana, Mississippi, Alabama, and Florida around the Gulf. It goes beyond those areas as well. It is the source of the Gulf stream, a warm current of water that goes around the southern tip of Florida and up the East Coast to Long Island, New York, then across the Atlantic to England and nearby European shores.

Whatever may alter the Gulf Steam’s current, salinity, and temperature affects the weather whereever it goes. Fortunately, BP has not escaped liability or culpability for its reckless pursuit of deep sea floor oil extraction in 2010.

All Rise for the Judge!

On September 4th, 2014, U.S. District Judge Carl Barbier concluded that the London-based oil giant BP showed a “conscious disregard of known risks” and “gross negligence” during the drilling operation. The company bears most of the responsibility for the blowout. “These instances of negligence, taken together, evince an extreme deviation from the standard of care and a conscious disregard of known risks,” Babier wrote in his 153 page decision.

The legal technicalities of “conscious disregard of known risks” and “gross negligence” put BP into a category of liability that may cost the company more than they had ever intended to spend for their misdeeds. Barbier’s ruling assigned 67% of the liability to BP, 30% to the drilling rig owner Transocean Ltd., and 3% to Halliburton.

Another $18 billion could be tacked onto the $4 billion BP has agreed to pay in criminal fines and penalties and the whopping $27 billion they claim to have spent on clean-up and compensation to fisheries and other businesses harmed by the surging three month tidal wave of toxic crude oil.

That $27 billion for clean-up comes with a huge asterisk. Their stubborn insistence on using toxic Corexit to pretend to clean up the mess was nothing more than a business arrangement with the company that manufactures it. It was to clear the warehouse of Corexit because it is banned in the UK and parts of Europe. The arrangement financially benefited a handful of executives who sat on both the BP and Corexit manufacturer’s boards.

The use of Corexit created more toxicity and partially submerged oil slicks from view instead of breaking down the crude into more ecologically manageable components and dispersing it.

Related: EPA Under Fire for Damaging Corexit Use in BP Oil Spill Despite Known Dangers

Now, BP is vulnerable to higher fines under the federal Clean Water Act. Normally, a polluter can be forced to pay a maximum of $1,100 in civil fines per barrel of spilled oil, and up to $4,300 per barrel if the company is found grossly negligent.

The “grossly negligent” decision may facilitate a $4300 per barrel fine. Using the government’s estimate of 4.2 million barrels, that could add another $18 billion in fines. Yet another set of penalties under the federal Oil Pollution Act of 1990 could cost BP more than $10 billion added to the potential $18 billion. Each barrel contains 42 gallons of crude oil.

BP has vowed to appeal, claiming the “gross negligence” accusation is inaccurate and the spill amount should be 2.45 million barrels for calculating any Clean Water Act penalties. Judge Barbier plans to decide exact fine amounts in January of 2015.

During the 2010 crisis, rumor has it that a BP executive had arrogantly included the sarcastic comment “bye-bye fishies” in an email.  Maybe now if all the potential fines stick, we will say “bye-bye stock values” to BP.