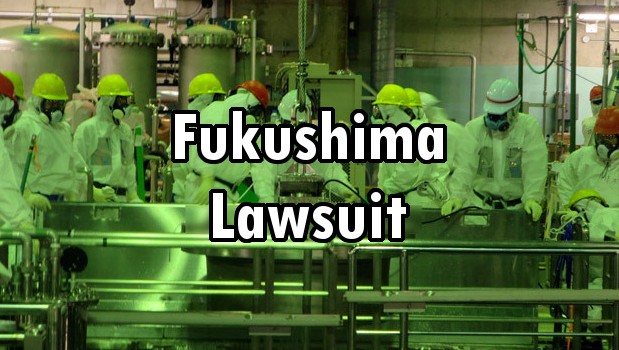 A worker named Shinichi, a man part of a team sent to lay electric cables in the Fukushima No. 1 nuclear plant 13 days after the disaster, has filed a groundbreaking lawsuit over radiation exposure. It is the first of its kind claiming that TEPCO exposed him to dangerously high levels of radiation without his knowledge.

“I wish [the utility] had informed us of possible risks in advance,” Japanese newspaper Asahi Shimbun cites the 48-year-old man as saying at a news conference in Tokyo on Wednesday. “I want [operator Tokyo Electric Power Company] to create safer conditions for workers because the decommissioning of the reactors will not finish anytime soon.”

Shinichi is asking TEPCO for 11 million yen in compensation for the company’s negligence. That translates to only about $110,000 in US dollars – a small price for a big company to pay after exposing millions of people, animals, soil, and water to radiation. The lawsuit was filed Wednesday in Fukushima District Court.

“After carefully examining the contents of the demand and his arguments, we will sincerely respond to the claim,” TEPCO counters.

Workers were wading through contaminated water just after the incident that was as high as their ankles being saturated with water contaminated with up to 180 millisieverts of radiation. They had to be hospitalized for radiation sickness. Shinichi did not personally walk through the radioactive water, but he worked near a contaminated puddle for 90 minutes. He estimated that he received a radiation dose of at least 20 millisieverts at that time, though he has not yet suffered from apparent radioactive sickness. Cancer cells are very susceptible to radiation; however, and can take years to develop from the original exposure.

Shinichi said in a 2012 interview that TEPCO should have known about the high levels of radiation and warned all workers on site. He is not the only person to accuse TEPCO of lying about radiation levels. 79 US sailors have also sued TEPCO for a total of $1 billion after being exposed on a humanitarian mission. Several of them have succumbed to cancer and other exposure-related illnesses.

One soldier had a child born with birth defects. TEPCO said of their lawsuit:

“It’s wholly implausible that military commanders in charge of thousands of personnel and armed with some of the world’s most sophisticated equipment, relied instead only on the press releases and public statements of a foreign electric utility company.”