CDC Not Legally Required to Tell the Truth About Anything, Including Vaccines 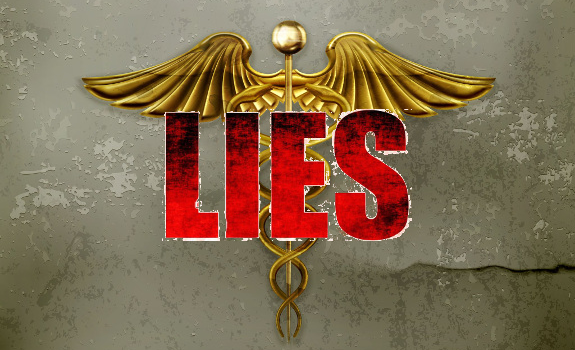 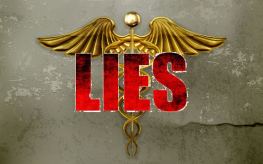 Since the American Congress of Obstetricians and Gynecologists (ACOG) and the Centers for Disease Control (CDC) aren’t legally required to tell the truth about anything, why should they? Maybe this is just one of many reasons the public is unaware of the many problems revolving around America’s health system.

The CDC is perhaps the most malicious in their information-twisting. Consider this recent upheaval about flu vaccinations. According to Dr. Peter Doshi in a British Medical Journal article review (BMJ 2013; 346:f3037):

“. . .perhaps the cleverest aspect of the influenza marketing strategy surrounds the claim that ‘flu’ and ‘influenza’ are the same. The distinction seems subtle, and purely semantic. But general lack of awareness of the difference might be the primary reason few people realize that even the ideal influenza vaccine, matched perfectly to circulating strains of wild influenza and capable of stopping all influenza viruses, can only deal with a small part of the ‘flu’ problem because most ‘flu’ appears to have nothing to do with influenza. Every year, hundreds of thousands of respiratory specimens are tested across the US. Of those tested, on average 16% are found to be influenza positive.”

So – if you didn’t catch the significance of that – while the CDC is reporting flu outbreaks across the country and thus our need for vaccines, only a flu-virus would require a vaccine, and only a small percentage of ‘flu’ is actually ‘flu.’ Additionally, there are only a few strains of any particular flu virus in any vaccine created seasonally and there are hundreds of flu viruses. No wonder many people feel ‘flu’ vaccines don’t work. It would be impossible for them to. Yet every year they publish a seasonal map with ‘flu’ outbreaks, which aren’t even accurately reporting the situation.

The ACOG calls themselves the ‘leading authority on women’s health’, but they have said repeatedly that vaccines are safe for pregnant women to take. Based on what? Some of their literature states, “vaccination is on of the most important things that you can do for yourself and your baby.” And why is that, exactly? In a recent update to well-woman annual screening guidelines, vaccinations were again reiterated, including one for HPV, which has been called useless and dangerous by one of its developers.

Read: If Publicized, this Study Would Ruin Vaccines

There isn’t one single study that proves vaccines are safe for pregnant women, because no pregnant women have ever been tested in clinical conditions to see if the ACOG can make that statement honestly. What do the vaccine makers publish on their drug inserts, but a categorical warning that sounds something like: “the safety and effectiveness have not been established in pregnant women or nursing mothers” for these vaccines.

Few people seem to consider that these agencies suffer no criminal repercussions, fines, or even a slap on the hand if they report wrong information, or even knowingly hide information about vaccines or any other medical issue. No one sues the CDC or the ACOG for making these ridiculous claims – that vaccines are safe. Studies are cherry picked for publication in medical journals and then taken as the God-forsaken truth.

As people across the nation try to make intelligent, informed decisions about whether or not they should be vaccinating their children (both born and unborn), or themselves, the facts are not presented clearly by any institution that does not have their hand in the cookie jar. The former head of the CDC, Dr. Julie Gerberding, now works as the President for one of the biggest drug makers on the planet, Merck. Guess what division she is head of – the VACCINE division. Merck’s vaccine division is worth at least $5 billion annually. They make cervical cancer vaccines like Gardasil, chickenpox vaccines, and obviously H1N1 swine flu vaccines as well.

Without throwing caution to the wind, do your own research on this controversial topic, but realize that the money trail leads where it leads, and information in support of vaccinations may be utterly biased by Big Pharma dollars.

4 responses to “CDC Not Legally Required to Tell the Truth About Anything, Including Vaccines”