Stroke can be especially deadly for young people

People who grew up in the 90’s are feeling a bit older and a good deal emptier today upon hearing the news that “Beverly Hills 90201” actor Luke Perry, 52, has died. [1]

The “Riverdale” star was hospitalized after suffering a massive stroke on February 27. The actor never regained consciousness.

Perry remained “under observation” for 5 days but finally succumbed to his illness on March 4.

A statement from Perry’s rep reads:

The family appreciates the outpouring of support and prayers that have been extended to Luke from around the world, and respectfully request privacy in this time of great mourning. No further details will be released at this time.”

Perry died too young, but it is not unheard of for a middle-aged person to have a stroke. In fact, stroke is one of the rare medical emergencies that can be made worse by an individual’s young age. [2]

“The immediate time after stroke is the most deadly for someone who is young.”

That’s because their brains haven’t started to shrink yet, as they do in elderly adults, the doctor explained.

“There is often times no space in the brain for the swelling to happen. That in and of itself can make these strokes more fatal in the young.”

It’s unclear what type of stroke Perry experienced. Ischemic stroke is the most common type, accounting for 87% of strokes, according to the U.S. Centers for Disease Control and Prevention (CDC). It is often caused by a clot that blocks blood flow to the brain.

A hemorrhagic stroke, which occurs when an artery in the brain leaks or ruptures, is often more deadly than ischemic stroke. Hemorrhagic stroke is typically caused by conditions like high blood pressure and aneurysms. 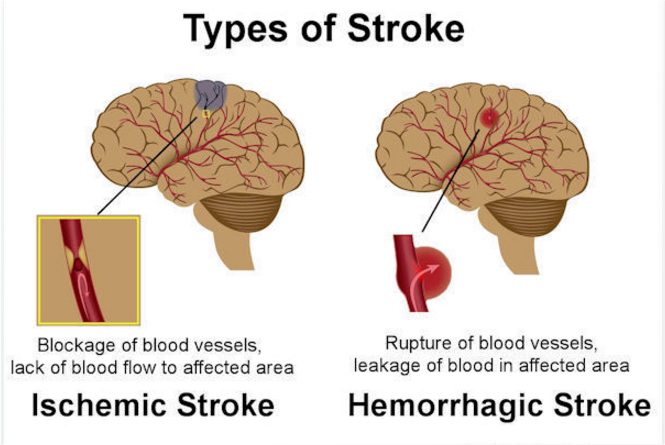 According to news reports, Perry was alert and talking to paramedics after his stroke, but his condition worsened after he was transported to the hospital.

“It is possible that he might have suffered a hemorrhagic stroke that expanded and caused further deterioration. It’s also very possible he suffered an ischemic stroke.”

Read: What Your Heart Age Says About Your Risk of Heart Attack and Stroke

Intense pressure can build up in the cranium for up to 3-5 days following an ischemic stroke, according to Mainali.