Across the nation, 769 hospitals are facing Medicare payment cuts because the facilities have high rates of patient injuries, including antibiotic-resistant infections. It is the first time such infections have been included in the assessments. [1] 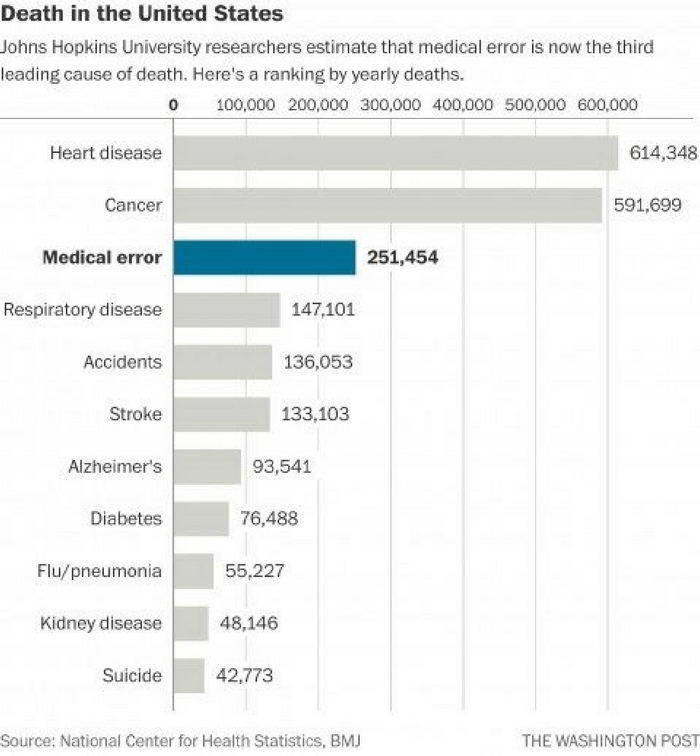 This is the third year that Medicare has meted out punishments for hospitals with patients most frequently suffering from avoidable injuries and complications, such as hospital-acquired infections (HAIs), blood clots, bedsores, and falls. This year, the government also looked at the prevalence of two types of drug-resistant bacteria: Staphylococcus aureus (staph) and Clostridium difficile (C. diff). [2]

C. diff is a bacterium that can multiply in the gut and colon when patients take antibiotics to kill off other germs. It can also be spread via contaminated surfaces or hands. In serious cases, some patients need to have part of their intestines surgically removed. The bug can be fatal for the elderly and people with weakened immune systems. [1]

Approximately 2 million people develop antibiotic-resistant “superbugs” each year, and about a quarter-million of those infections occur in hospitals. The CDC estimates that 23,000 people die each year from them.

Read: Bacteria Resistant to ALL Antibiotics Show Up in U.S.

Based on the rates of all these complications, the hospitals identified by the federal government will lose 1% of all Medicare payments for a year, with this past October as the starting point of the 2016-2017 fiscal year. Larger hospitals stand to lose more than $1 million in penalties. In total, hospitals will lose about $430 million – 18% more than they lost last year, based on an estimate from the Association of American Medical Colleges.

The reductions apply to both patient stays and the amount of money hospitals receive to teach medical residents and to care for low-income individuals.

The good news is that, nationally, HAIs declined by 21% between 2010 and 2015, according to the federal Agency for Healthcare Research and Quality, or AHRQ. The biggest reductions were for bad reactions to medicines, infections from catheters, and post-surgical blood clots. On the other hand, the AHRQ estimates that 3.8 million hospital injuries in 2015. That works out to 115 injuries during every 1,000 patient hospital stays in 2015.

But do the penalties enact change? Not really, according to Nancy Foster, vice president for quality and patient safety at the American Hospital Association, who said:

“The HAC penalty payment program is regarded as rather arbitrary, so other than people getting upset when they incur a penalty, it is not in and of itself changing behavior.” [3]

The penalties come as new requirements are launched by the Centers for Medicaid & Medicare Services. Hospitals must make sure that their facilities limit the use of antibiotics to cases where they are absolutely necessary. They also have to be wary about choosing the right antibiotic for specific infections. In order to receive Medicare funding under a regulation drafted by the government in June of 2016, hospitals must first establish these antibiotic stewardship programs. [1]

Lisa McGiffert, who directs Consumers Union’s Safe Patient Project, disagrees with Foster that the punishments have no real effect on hospitals. She said that “more hospitals are thinking more about appropriate use of antibiotics.”

“I think most hospitals do not have effective antibiotic stewardship programs yet.”

You can view the entire list of hospitals facing penalties here.